ROYAL fans were overcome with emotion last night when an old DIY SOS episode showed Prince William and Prince Harry happily working together on a project for ex-servicemen.

In 2015, Prince William and Prince Harryappeared on the show to help transform derelict houses in Manchester into homes for veterans.

The heartwarming clip showed the brothers donning personalised hard hats and hi-vis jackets as they jokingly competed against one another.

In one clip, Prince Harry accuses his sibling of “not doing any work” while Prince William talks about the importance of brotherhood in another.

However, the old footage of the royals laughing and teasing each other struck a chord with viewers.

As the show aired, royal fans took to Twitter to express their sadness seeing the brothers together now that Prince Harry is living in LAwith Meghan Markle and son Archie.

One fan tweeted: “Ahhh miss seeing William and Harry together.”

“Just watching the DIY SOS with William and Harry,” another added. “Hope one day they get back to being mates.”

And while another said the scenes were “very poignant”, one fan described them as the “greatest royal duo”.

Prince William and Prince Harry’s alleged rift began when the Duke of Cambridge reportedly warned his younger brother that he was “moving too fast” with the former Suits actress.

Last year, Prince Harry revealed in the ITV documentary about his royal tour of Africa that he had grown apart from his brother and that they were on “different paths”.

He said: “We’re brothers, we’ll always be brothers — and we’re certainly on different paths at the moment.

“We don’t see each other as much as we used to because we’re so busy.

“But I love him dearly and the majority of the stuff is created out of nothing. But as brothers, you have good days, you have bad days.”

Earlier this year, The Sun exclusively revealed Wills and Harry had buried the hatchet in secret peace talks away from the formal Megxit negotiations with the Queen and Prince Charles.

A senior royal source said: “William and Harry have spent time together privately away from the official Sandringham Summit working on their relationship and discussing their future.

“It has been ground-breaking in terms of saving their bond as brothers and has been totally driven by them.”

In more Royal Family news, Prince George’s nickname for the Queen is a sweet nod to his grandad Prince Charles.

Plus Meghan Markle and Prince Harry will release a new photo of Archie to celebrate his first birthday.

And The Queen sees grandson Prince Harry as ‘prodigal son’ and will ‘welcome him back with open arms’, an expert has claimed. 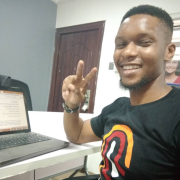