Over the past few weeks, many companies have announced that they are going to boycott Facebook, and here’s exactly why.

Facebook is facing a major crisis right now as it loses billions of dollars in profit after many of its advertisers are refusing to place adverts on the social media platform any more.

This comes amid the Black Lives Matter movement after people became unhappy with the way Facebook handles inappropriate, racist and slanderous content that is posted on the site.

Many advertising companies are chooseing to boycot Facebook at the moment, but why?

Lots of people are unhappy with the way Facebook handles content on the site. On the social media platform, lots of misinformation and hate speech towards certain groups gets posted, yet Facebook does little to combat such content.

Unacceptable content is often left up on the site despite it containing negative information and violating Facebook’s terms and conditions. Many argue that the reason Facebook leaves up such content is because it gets a lot of views, so essentially they are doing it for profit.

In June, the “Stop Hate for Profit” campaign was started by US civil rights groups after the death of George Floyd. Colour of Change and the NAACP have joined forces to create the campaign, arguing that: “Facebook allows racist, violent and verifiably false content to run rampant on its platform.”

As a result of the way Facebook mishandles its content, many advertising companies are boycotting the site. They are doing so by refusing to spend on the social media platform, essentially stopping Facebook from gaining any advertising revenue.

Facebook has eight million advertisers which gain the social media site a huge profit every year, and so far Facebook has lost $7 billionfrom the boycott.

Initially, many of the participants in the boycott were small advertising companies that make up most of Facebook’s advertisers, but recently some big named have joined too.

Facebook couldn’t give a damn that it was promoting racist liars. But it did act when its share price tumbled. That’s everything you need to know about Facebook.pic.twitter.com/GjUya5MgKa— Jo Maugham QC (@JolyonMaugham) June 27, 2020

WHICH ADVERTISERS ARE LIMITING OR STOPPING THEIR ADVERTISING ON FACEBOOK?

The biggest advertiser on Facebook, Verizon, just announced that they would be joining the boycott. Verizon’s chief media officer John Nitti told CNBC: “We’re pausing our advertising until Facebook can create an acceptable solution that makes us comfortable and is consistent with what we’ve done with YouTube and other partners.”

Another one of Facebook’s biggest advertisers, Unilever also recently announced that it would be stopping all of its Facebook advertising for at least the rest of 2020. 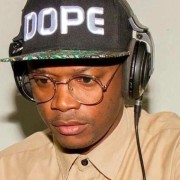 TIKTOK: HOW TO GET THE 100 RACKS CHALLENGE SONG – JUST LIKE ADDISON RAE AND MASON DISICK!